Aldbury is one of Hertfordshire's prettiest villages (photo: Rob Farrow)

From Aldbury to Wheathampstead, Hertfordshire has a plethora of pretty villages. We have picked just 10 that you should visit

A heart-warming piece of Braughing's history that has been celebrated every year on 2nd October since 1595 is Old Man's Day. After he fell out of his coffin on Fleece Lane alive and well during his own funeral procession on 2nd October 1571, local farmer Matthew Wall became well known in the village. When he finally passed away, it was written in his will that every year Fleece Lane should be swept and a funeral bell and then wedding bell be tolled. His last wishes have been honoured ever since, with schoolchildren sweeping the streets in October to the sound of bells.

Visit: This charming village has lots of character with plenty of routes to take a country walk, historic churches to soak in some history, and a farm shop to pick up locally sourced produce.

Local pub: Menus at The Golden Fleece, which is surrounded by pretty cottages on Green End, are packed with local and seasonally changing ingredients that go into the dishes. It champions local producers, even selling Braughing Sausages (which have been made to the same recipe since 1954) during its opening hours.

Imagine thatch-roofed houses and church bells ringing in a country village and you may be picturing north Hertfordshire's lovely Barkway. There are plenty of countryside walks to be taken in the surrounding area including idyllic woodland Rokey Wood.

Visit: Some buildings and houses date back as far as the 15th century, and the 800 year old St Mary Magdalene Church is well worth a visit.

Local pub: You can round off a peaceful country stroll with a pint at The Tally Ho. This pub is a mix of old meets new with brick-clad open fires and classic dark wood furniture juxtaposed with cream and blue walls that make up the shabby chic interiors.

Neighbouring Barkway is the little village of Barley, which may be so named after local meadows and was once on the ancient road from London to Cambridge. Don't miss the beam featuring characters of hounds chasing a fox into the pub which was formerly The Fox & Hounds.

Visit: There is a historical lock-up that still stands, which was used in the 17th century for temporary detention of local trouble-makers.

Eat at: The Chequers on London Road mixes traditional pub classics and innovative creations on its menu, all in a picturesque village setting. 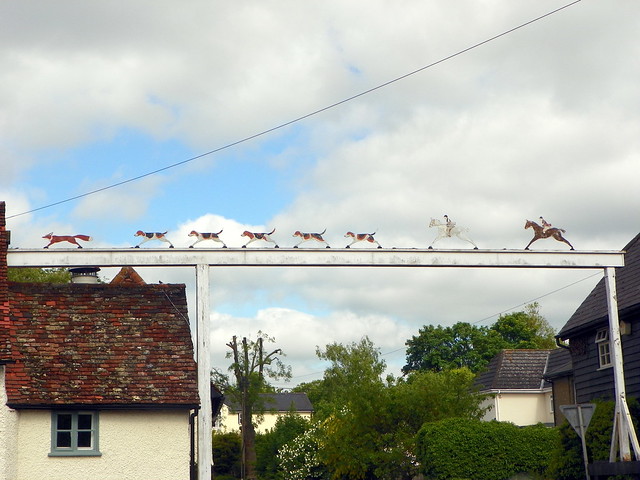 What immediately draws the eye in the village of Aldbury is the pond on the green, flanked with attractive houses and a village pub. Notice the stocks preserved from medieval times next to the water. Wandering down Stock Road, visitors can see the range of historical homes that Aldbury boasts, and affords bucolic views over the Hertfordshire countryside.

Visit: The 5,000-acre Ashridge Estate - not far from Aldbury - provides a bounteous array of walking routes through ancient woods and downland. You can even climb the 172 steps of the striking granite Bridgewater Monument for vistas over the estate and beyond (on weekends from April until October).

Eat at: The Greyhound Inn is a homely pub next to the pond which serves up a Sunday lunch that leaves customers impressed by the hearty portions and fresh ingredients. 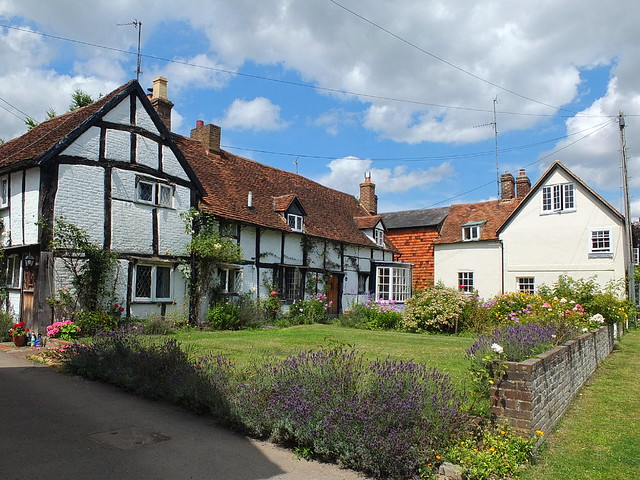 The parish of Much Hadham encompasses the hamlet of Perry Green which was home to sculptor Henry Moore after being displaced from his home in London in 1940 up until his death in 1986. The village itself is home to many listed buildings to explore including the parish church and two striking country houses. One of these is the former home to Bishops of London, Palace House.

Visit: The Henry Moore Foundation has its base in Perry Green and houses a large collection of the late artist's works. The small Forge Museum is dedicated to the village's Tudor history and houses some enchanting Elizabethan wall paintings.

Eat at: On the village's high street is The Bull Inn, with cosy interiors to escape the cold in the winter and a patio garden when the weather warms up. 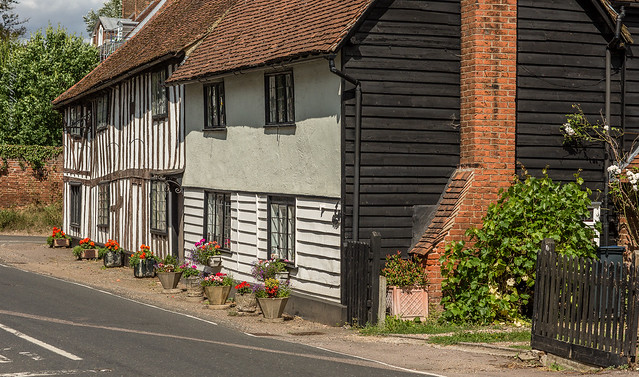 As one of the preserved Hundred Parishes in the southeast which encompasses parts of Essex and Cambridgeshire too, the small village of Westmill has some interesting tit-bits of history along with pretty old cottages. Its preserved historical charm aided in its being used as a filming location for period drama Foyle's War.

Visit: Continue your dreamy journey in history with a visit to the vintage themed Westmill Tea Room for home baked cakes and scones with tea.

Eat at: The Sword Inn Hand is a 14th century pub serving seasonally changing dishes and, according to some customers, "perfect" signature roasts.

Standon Calling is a contemporary music festival that takes place each year near the village. Past acts have included Paloma Faith, George Ezra, Bryan Ferry, Goldfrapp and Black Rebel Motorcycle Club, among many others - and tickets for the 2020 festival are already on sale!

Visit: St Mary is the parish church containing the tomb of Sir Ralph Sadler, who had a long career in the royal service during Tudor times. 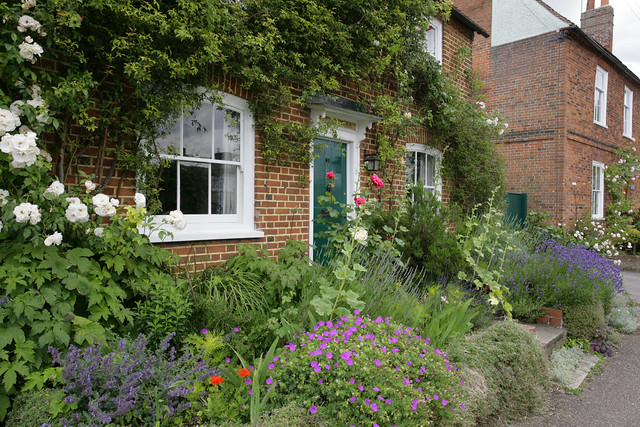 Eat at: The Star is the pretty village pub on the high street that is steeped in history from the mid 16th century. Grab a pint of real ale before heading into the large beer garden which is lush with trees and greenery during warmer months.

Idyllic countryside village Therfield has been a settlement for thousands of years, as far back as Neolithic times. The ancient Icknield Way Path, which runs from Norfolk to Wiltshire, passes through Therfield, so it's perfect to explore for those walking the route.

Visit: Therfield Heath is one mile north of the village and is comprised of rolling heathland that provides stunning views that reach as far as Ely Cathedral on a clear day. 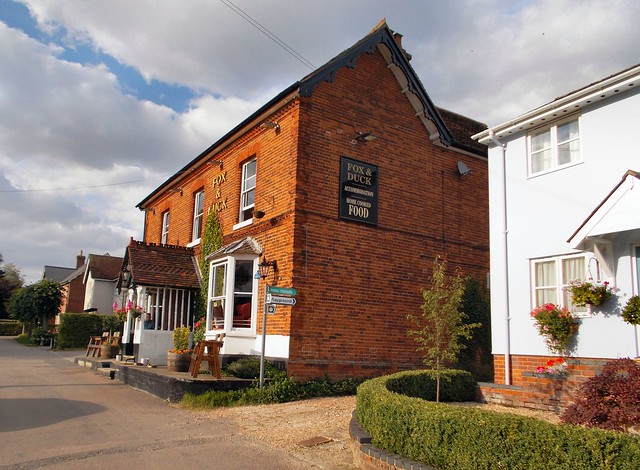 Eat at: The Fox & Duck is an early 19th century red brick pub with traditional interiors including exposed wooden beams. At the front of the pub, across the village green, are picnic benches providing a picturesque spot for al fresco dining and drinking in the summer.

The village of Wheathampstead straddles the River Lea and provides lots of bucolic scenery to absorb as you explore. The village is also close to the city of St Albans and the towns of Harpenden and Welwyn Garden City, so visitors can incorporate it into a bigger day out.

Visit: Devil's Dyke is an Iron Age defensive ditch which is protected as a Scheduled Monument. It is thought to have belonged to the Celtic Catuvellauni tribe. There are six heritage trails on the Wheathampstead Heritage website. Take the Village Centre trail to take in 21 properties of historical interest. 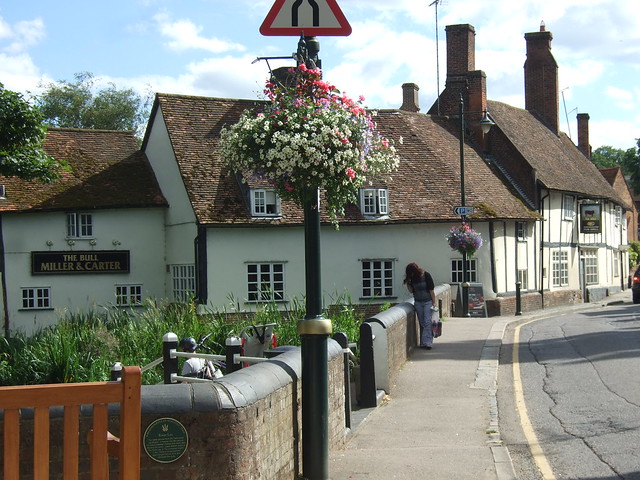 Eat at: L'Olivo Ristorante Italiano is the traditional, family-run Italian restaurant with tempting pasta and meat dishes perfect to be paired with an italian cocktail from the drinks menu.

A finalist in the Channel 4 Village of the Year programme and recipient of many other awards, Redbourn is a pretty place to explore and find out why it's praised so highly. The Hertfordshire County Show is held annually nearby.

Visit: Redbournbury Watermill & Bakery is a working windmill that produces flour used in the onsite bakery. Take away a loaf of stone ground organic bread or some of the flour to make your own loaves at home. 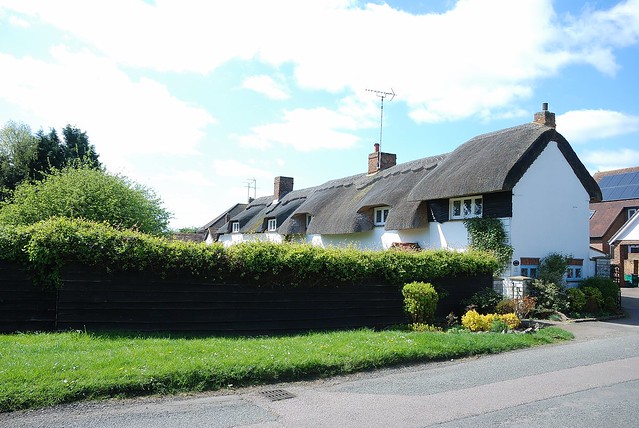 Eat at: Winner of Pub of the Year 2018 in the Hertfordshire Life Food & Drink Awards, The Cricketers of Redbourn is a community hub in the village centre, highly regarded for its eclectic food menu from Thai curries to cheeseboards and burgers to Sunday roasts.

Journey into the past: a Little Berkhamsted walk

7 of the best walks at National Trust sites in Hertfordshire

5 things to do in Hertfordshire this week: The best themed walks